My role as a health educator is not to keep you locked in to spending a lot of time or money at the health food store or the gym. Instead, it is to provide guidelines and help you to sort through the clutter and steer clear of the bogus health claims, of which there are plenty so that you can get on with your life and your pursuit of happiness.

I am insisting that it is much easier to be happy when you are healthy. However, I want health and happiness to be n a t u r a l for you and me both. Enjoying one’s journey, being healthy and happy should be affordable in both time and money. The healthful choice (and the eco choice for that matter) should not be outrageously expensive. We have on our side a wave of great people who are facilitating this. Helping people to see and overcome the barriers to their health-individual, community and societal is an essential part of this process. Among these are Dr. Pam Popper of Wellness Forum Health, Dr. McDougall, Dr.Fuhrman, Dr. Neal Barnard etc.

You can go to the health food store for brands you trust that are pure and uncontaminated (the organic, non-GMO brands, etc). But not everything you buy will need to come from here, and you will be able to know the difference, and make decisions yourself. This is why health education applies to everyone and should be an ongoing part of everybody’s learning. You can enjoy the gym too, but you won’t have to live there, and you will learn about balance.

This vegan pumpkin pie free of dairy & GMO’s is a specialty item for a treat and holidays that you will probably only find at the health food store. Tell me about it! It took me many days to track this one down and locate it, so I stocked up when I had the chance!

People who are addicted to substances should receive suitable treatment that comes from a place of compassion, not a place of addiction-another crime. The right view of addiction is that it is an illness that must be properly treated.

Here are some photos of a few creatures that everyone seems to fear: snakes, rodents, spiders and roaches. I just love em! Raw creatures at their best. 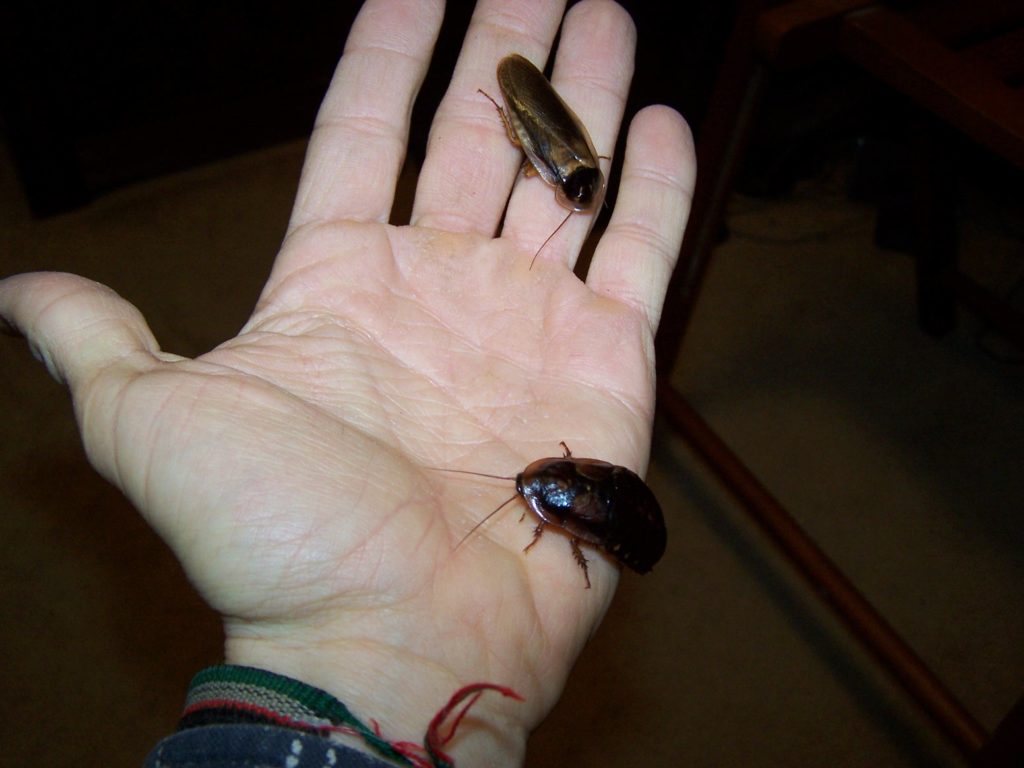 Admittedly, this took some working up to daring to hold the spider. Isn’t she fantastic? Her feet felt like tiny suction cups in my hands. This rose hair tarantula is not dangerous. Spiders bring fear to many people, and they did to me too at one time, but they are fascinating, and like all animals I know they are here for a purpose. Spiders and snakes are both beneficial to humans, helping with the natural balance of things, which helps to reduce reliance on toxic pesticides.

Remember that they are here for their own reasons and they are beneficial to people, so let them do their thing. Enjoy the photos!

“You know it is against my principles to bring food that is bad for your health right?”
…
“What? Oh, I already told you, good.”

Then peace on earth, and happy holidays!

The word automatically causes an emotional response. This may be positive; it may be negative, but opinions stir and churn from both sides of the spectrum and everything in between. Fantastic it is to see how many ‘suitable for vegans’ options are now available.

While it may be true that a self-righteous, ‘in your face’ mindset is a less-effective way to educate others, and there should be less of that, people do seem to need reminders to open their eyes and to see clearly beyond their own backyard of fluorescent green (unnatural) lawns. Still, respect, politeness and emotional maturity should be at the forefront, not being nasty or vindictive. This goes for everyone. Sure, we vegans have work to do also. From that standpoint, maybe it is fair that people feel like they’re walking on egg shells (forgive the pun) around us. However, it seems like we are still the ones that people ‘love to hate’ and love to bash. Much of what is said about vegans from an outside perspective is often something unfavorable about how eating like that is unhealthy, etc.

At this time, how about a change in perspective: Have you thanked a vegan lately???

First… Maybe it is true that concerning human health, being a strict vegan is not for everyone. However, eating a Whole foods plant-based diet is… Your small intestine is the same length as mine etc, a very different length than a tiger, or a true carnivore, all that stuff I’ve said before so I won’t repeat it now. I dislike the fighting and the defense and self-righteous swings also. This is one reason why I use the vegan word selectively although I have adopted the lifestyle.

But there is more to eating consciously than perfect health and your own taste buds. Naturally, the aspects of environment and ethics is at front and center now. If the mainstream of humanity would change their eating habits to eating meat sparingly, (say a couple times per week is all), the state of the earth’s and human health would improve significantly.

What about all the good that vegans do for the planet, animals and human health? Merely by existing, our carbon footprint is much lower than that of the average person living in America. This is not said with attitude, but with an invitation to look, think differently and consider fairly. Every movement has examples of extremes, or those that go too far and the vegan movement has its fair share. However, what about the many of us who try to meet others half way? There are plenty of those also doing a lot of good. Sometimes we don’t get the same in return.

Live and let live but when the point is reached where what is called ‘living’ is at the expense of everything else, including the earth where we ‘live’ adaptations have to be made.
Try to see things from our perspective. Pick a social problem that ‘veganism’ (that word that nobody likes, maybe because it sounds like a religion) would not help to solve. Here are a few:

Not everyone has to go vegan to help. That is the beauty of it, but we are asking you (with a polite ‘please’) to reduce meat and animal product consumption.

“sparingly” Not “moringly” but sparingly.

So next time you see or hear of vegans doing their thing, instead of engaging in the energetic mud-sling, and verbal bashing, we would appreciate a ‘thank you’ for what we do for the earth and the animals. Look at yourself first. Be the good. Be the change. On this earth, where now all hands on deck is required, and every single living person has responsibility to accept and there is no sitting on the fence or burying one’s head in the sand any longer, it is time to choose.
Maybe the time is now to accept and embrace that not everything is an option for everyone. Maybe this is okay… Now is the time to choose while there are choices available. “Nobody can do everything, but everyone can do something.”

Thank you for reading,