Please excuse the addition to the title. I just had to. 🙂

The other day I happened to see a 60 Minutes program about prisons in Germany. If I were to mention to you Berlin prisons, likely horrific images of World War II would come to mind; according to this 60 Minutes program, however, on the contrary. I feel that part of The Old World has some noteworthy ways, particularly in the sense of respect for humanity and a sense for quality in an area of the world that has a very old history. It is something that a younger person like myself and a young country, such as America can learn from. In some ways I felt like I was learning a lesson from the chapter of “respect for my elders” just in being there in Europe and interacting with them. I was honored for the lesson. This 60 Minutes program about prisons in Germany touched on a few interesting points that I feel fit today.

I jotted a few notes down from this program as quickly as I could. If anyone else saw this program and you recognize that I have some of the jotted facts wrong, feel free to let me know.

It is interesting to note that Germany has lower crime rates than does the U.S.
Prison guards in Germany are highly paid and highly trained.
Respect for humanity was written into the German constitution after World War II.
There is a general respect for fellow humans among guards and inmates. In prison, it is also fairly relaxed. The prison cells are luxurious, almost like one’s own hotel room. Cells are rooms, and inmates have keys.
Inmates can play darts, and can decorate their rooms with posters, etc.
The inmates interviewed seemed genuinely humble and penitent. “Yes, I did some really bad things,” Replied one.
Guards are called calming experts.
Inmates can attend school, learn Yoga, work at a job.
Solitary confinement is rare.
Correctional facilities are called “normalizing” in Germany.
While German prisons are not without problems such as gangs, crime and drugs, the overall atmosphere of prison is rather relaxed. To me it shows that respect for fellow humans and politeness as “just what you do” and at the forefront encourage healthy interaction and attitudes.

This topic is so vast that volumes could be written about it. I’m not going to do that here though. I believe the facts alone say a lot. There is much to consider. Quality speaks for, and pays for itself. Just as individuals, countries live and learn also. America is great. I still believe that we are; even if we may be a bit sidetracked. Sure we have a lot yet to learn, but we’re on it. (Now you know what it’s like for me being emotionally eighteen in the body of one who is not yet forty.) 🙂 As individuals, we each have greatness at our core. America itself may have some growing up to do; but the growing process, the pain of adolescence and puberty, the emotional outbursts that come with adjusting hormones etc is the motivation we needed. The above example can serve as a noteworthy model and a teacher for something to consider along the way.

Owen,
The well-being of people and planet. Unity.

Woo-hoo! It is such a nice day here outside! Love it!! I hope you will go out and enjoy the sunlight wherever you are. Remember that not only is sunshine excellent for you, as natural and we are natural beings, but it is free…

haha can’t you see it now: “Chunks of sunlight, $89.99 each. We bring the light right inside your home! Prices on shipping may vary. Please let us pick the individual pieces to be shipped to your door.”

Yes, were it possible, I could see some corporation doing just that. But this is entirely impossible; yep, no fool’s gold there. And being April Fool’s day, I thought it would be fun to give the facts as to just how impossible this is and the reasons why:

1. “Chunks of sunshine for sale” could only be derived from something solid. The sun is not a solid. It is comprised of 75% hydrogen and 25% helium.

2. The earth is 93 million miles away from the sun. This may be hard to believe on a July day when it is so hot, and it seems like it is within a stone’s toss.

3. Nothing we have could get much closer to the sun. At the center, the sun burns at 29 million degrees F.

All life on earth, whether directly or indirectly is, because of the sun and the energy it produces. All foods and fuels are derived ultimately from plants using the energy of sunlight. So wherever you are, I hope you will go outside and enjoy the life giving sunshine. Feel the freedom. Feel that it is free. Feel it giving life because you can, and that’s no foolin’ .
What did you find? You love the dog that followed you, the grass, the bees. The realization is that there is no need to hate; because what will be will be; we be, and we love. Just like the dog, the grass, the bees. That is what they do within what they bee…

Happy Friday and have a good weekend, the favorite snack-salsa, corn chips-organic like. 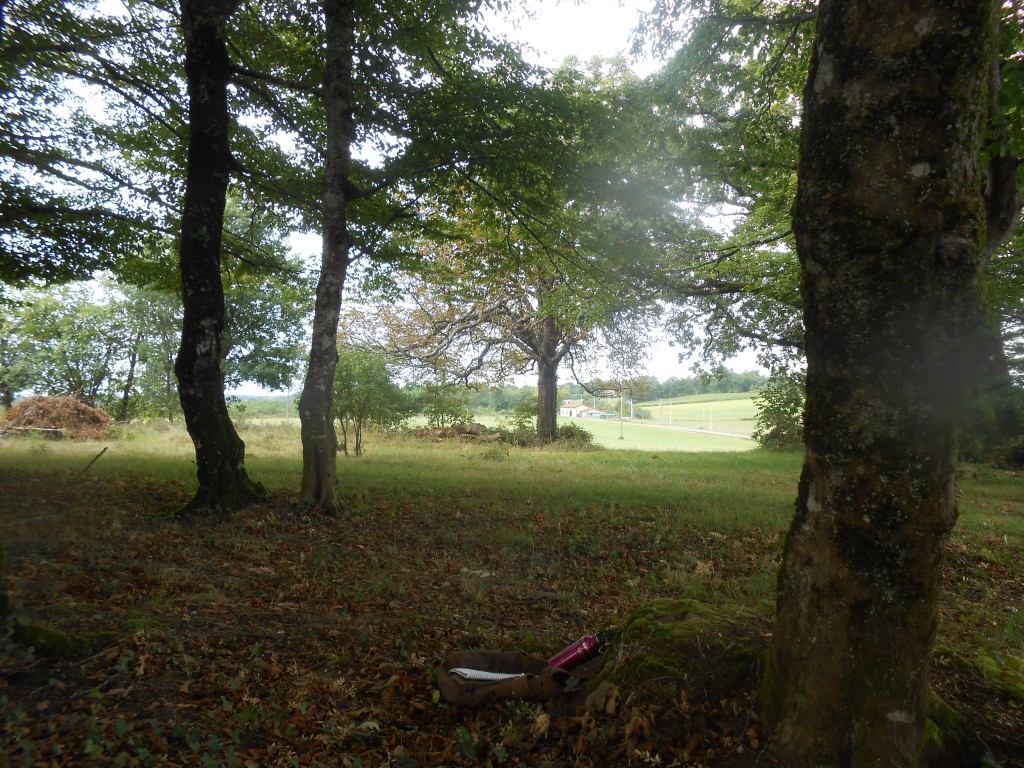