Welcome to my peasant life page! In reference to this post
this page is for fun and is a blend of truth and fiction. The most recent posts are at the top, so be sure to scroll down to get all the entries.

This is a game we play. Some time ago he took to trying to catch things as I threw them in the river. Once he tried to catch the pebbles I was throwing and he caught one! Worried about a chipped tooth, now I either make sure he misses, or just throw sticks. As you can see, he was a bit slow on the draw this time, or I was accurate at helpin’ ‘eem to miss. 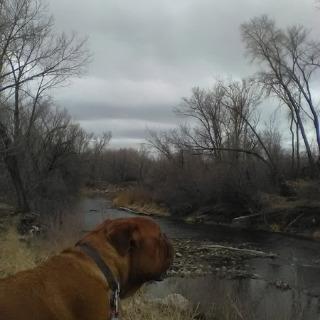 People generally don’t know how to talk to a peasant; they don’t know what to do with them, esepcially royalty and the nobility. (Yikes, I don’t want to try to understand that aspect of the human psyche; there are times when ignorance really is bliss). Thus we are very misunderstood. Think of me as a white Native American and if you proceed with r e s p e c t you will be approaching right view (Buddhist term). When I mention this to Mormons, the response is often “oh, so you’re a Lamanite.”

We are misunderstood-peasantry pecularities abound; quirky, eccentric. But which comes first the chicken or the egg? After all, everyone calls us bud. “How are ya bud?!” It’s especially funny the one who greets me thus is often younger than I am. We’re everyone’s bud and younger nephew-double. Never understood that one, but have heard it multiple times in travels, in life. We’re everyone’s little brother/sister. They find us adorable and annoying. Often we’re an inconvenience or an after thought. Yet, we form the foundation and you’d be hard pressed for food without us.
We can have dogs now though. There really is always a bright side-all 800 years worth of ’em in the collection.
So have a great weekend. Continue the healthy dialogue. 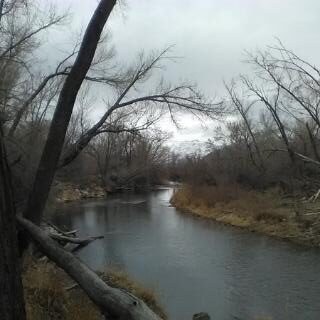 A snowy day showed that the Gods were smiling upon a peasant and his dog. 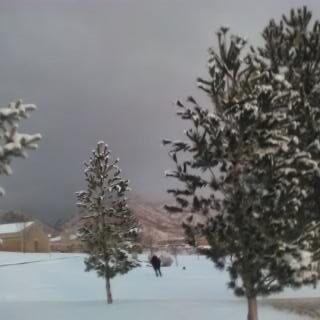 There is the pastor holding his dog. It was the only photo I got, sadly. I didn’t know until later, and I wished I would have taken one of the dog.

So my dog decided to go to church after all. 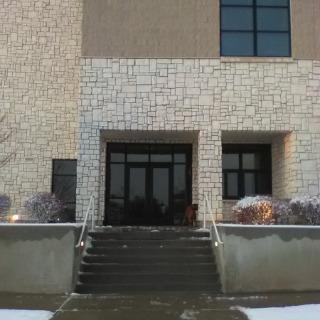 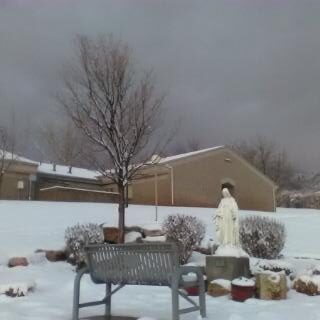 At least there has been progress during the past 800 years or so from when peasants weren’t allowed to own dogs. I’m glad for that. See, as a modern peasant, my dog is allowed to go to church with me. I would have it no other way and neither would the Gods. They understand. Oh, it definitely took some convincing of the pastor, but he has a dog too. As to why he doesn’t bring his dog to church with ‘eem also is beyond me. I guess not everybody can. That’s where the peasantry comes in.

They finally said “sure” realizing we have a different life. I think the main factor is probably that I attend the masses only a few times per year. That is about right for my dog and I.

The pastor was very friendly by the way, which was nice to see. Everyone wants to chat though. Sometimes I do too, except when I’m on a mission to take pictures.

“I am taking pictures. Shall we chat later”?

He did like the name of my dog; of course he did. 🙂 I thought it was a good name also.
He probably thinks I’m a cold fellow, so maybe I’ll go back and see him and his dog again when I’m feeling a bit more chatty. After all, his dog growled at mine, but it broke the ice and gave us something to laugh about without all the flowery sounds (but at least partial organization) that is modern hominid language. Blame it on the hyloid bone.

Fantastic is the snow and the rain. You see as a peasant here in one of the arid places of America, the snow is very much needed and it was very late this year. Finally, the past few weeks have seen some puffy water falling from the sky. See, we used to be ninety-percent of the population. Now we consist of only about four percent. We aren’t given much thought, and actually we are ones who are sometimes looked down on, but without us everything would collapse. Your food pantry would be as lacking as your belly. Believe me, you don’t want the peasantry to go on strike or to feel shortchanged. We live and work closely to the earth and we are among the most in tune with mother nature and all her life. It is probably wise then to keep the peasantry well supported.
There is no need to look down on us and we certainly don’t want pity. We live well, even if differently. Ours is a different kind of abundance.

Here are some photos of the beautiful snow and pleasant happenings described above: 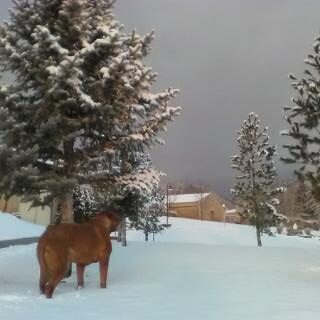 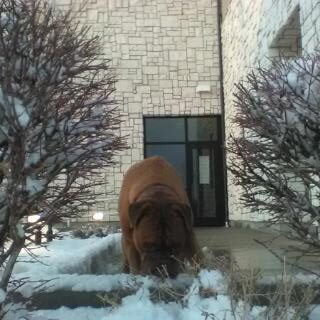 He’s such a Ferdinand. 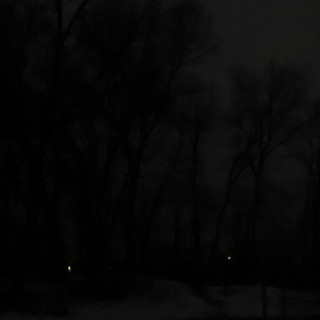