This post introduces a friend of mine who is a biomedical engineer as he writes about his Eco project in China. It is interesting to note the obvious differences in opposing fields and viewpoints, but still that we are friends. There can be found a common ground, where everyone wins, has their enough and is content while living within the bounds of nature. This is the very concept of my book, Life Is Conscious.

I have written some about China having felt influenced by one of the oldest civilizations on earth on my own journey. The few photos below show the intrigue I have always had in the fauna and flora of China as well as some of the culture. While my projects are on a much smaller scale than the one mentioned by my friend, I am grateful to have a small part. I was interested when I heard of such a project taking place in my own region of the globe, my own town. Local truly is global in many ways, on many levels. Everyone can contribute something to reaching the roots of environmental issues. Two perspectives. Choose life.

I keep Porcelain Berry, (Ampelopsis) It originates from China. 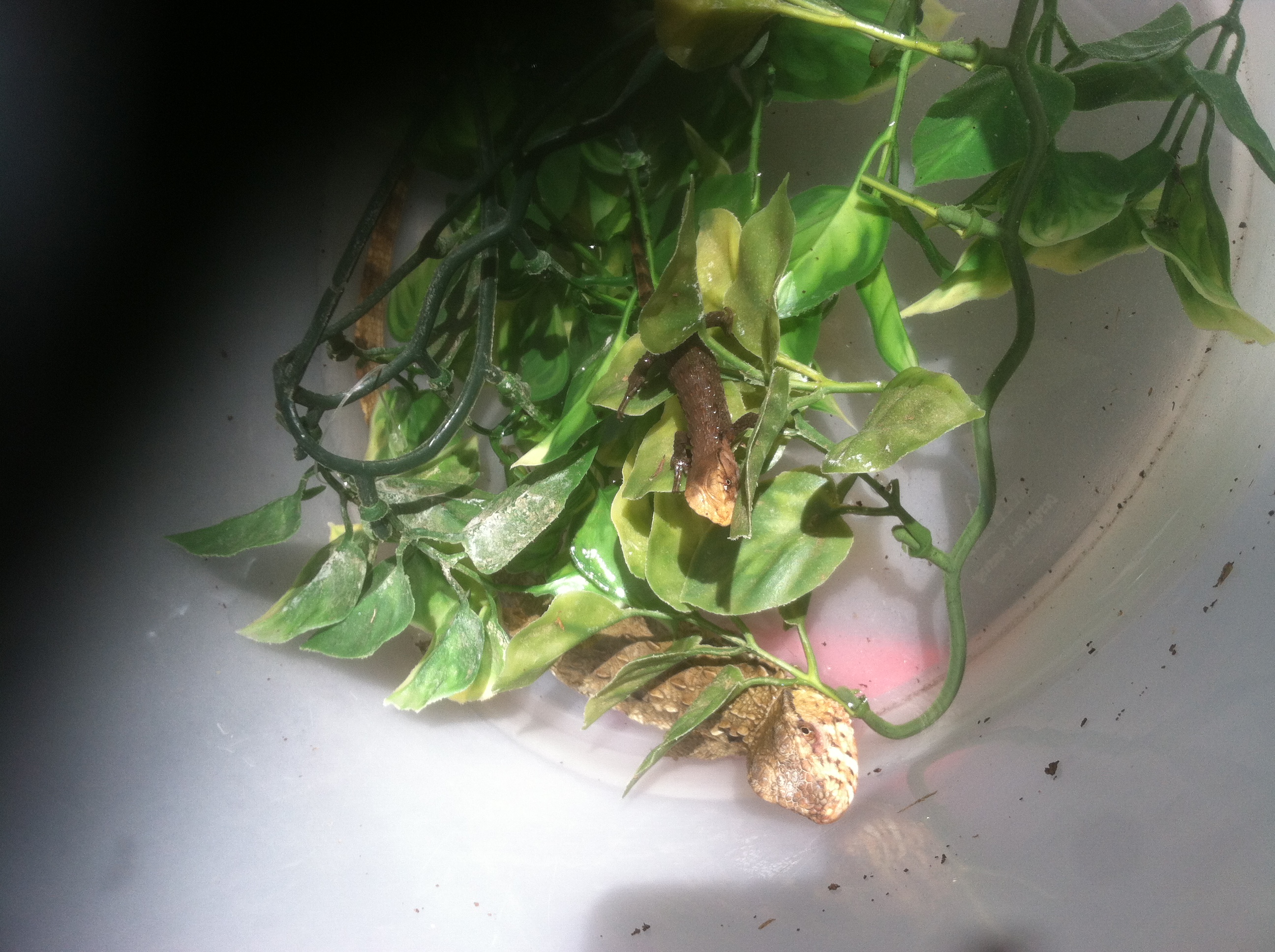 Chinese Crocodile lizards Shinisaurus crocodilurus, captive bred and born-never wild caught. The other species of the earth need all the help they can get, and they deserve a chance to thrive in the few remaining habitats to which they have adapted. 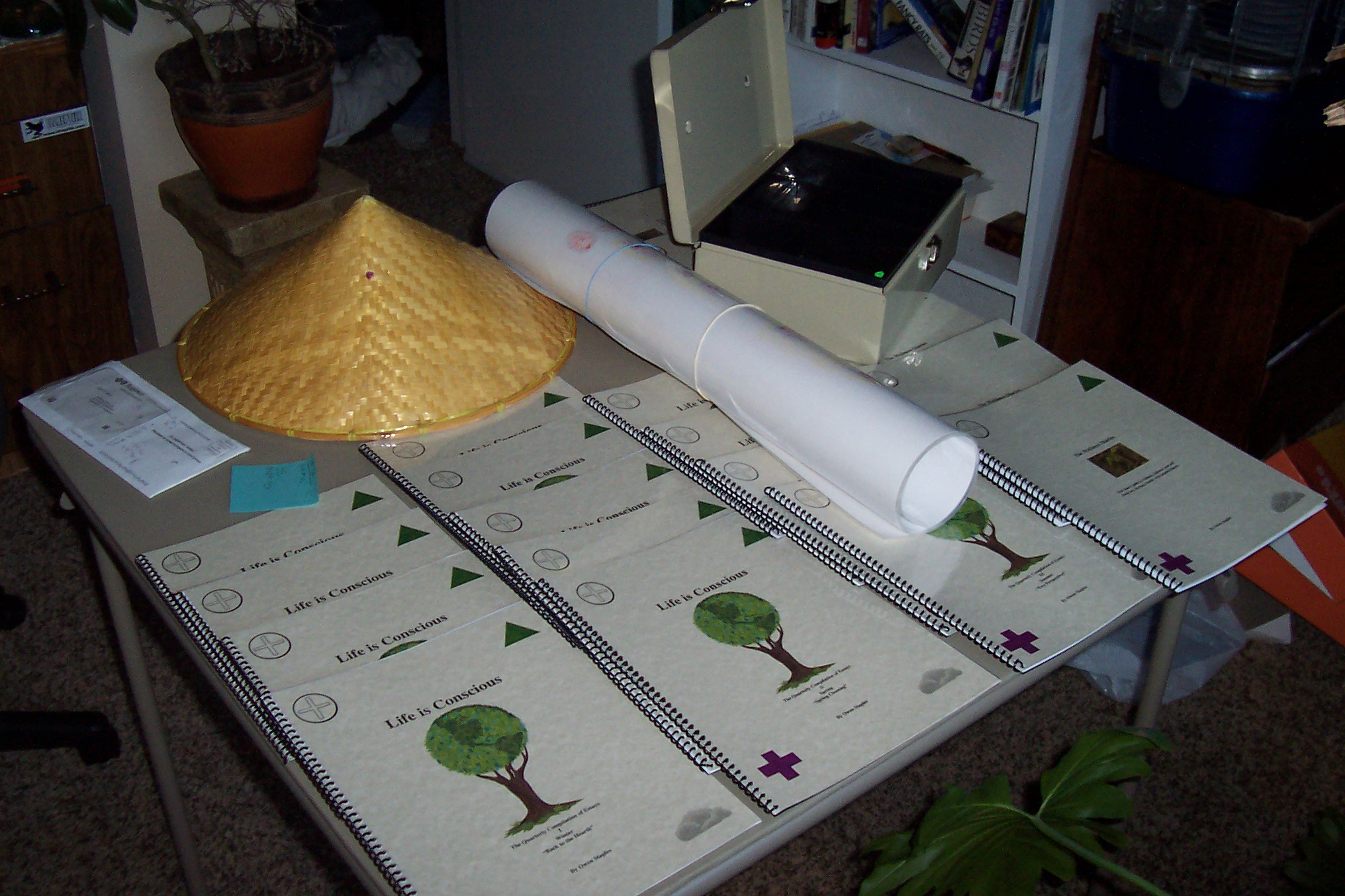 And I write for the earth.


Now I introduce you to my friend. 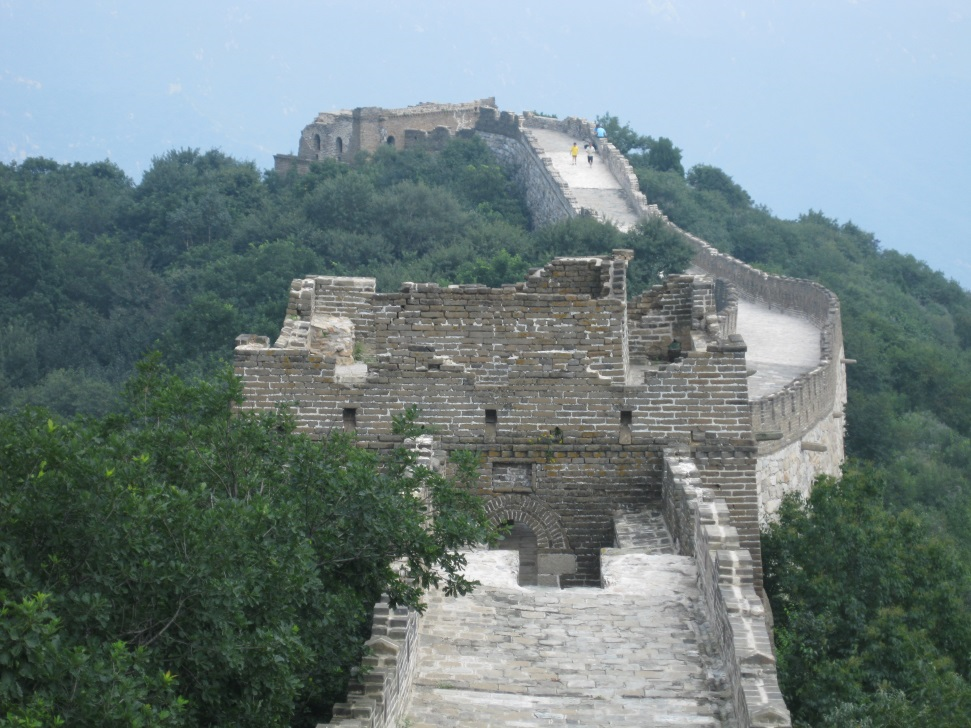 Figure 1: Everyone should plan on taking a trip to China at least once in their life.

Figure 2: The office where I worked was beautiful.


I met Owen on the bus a few months ago, and over the course of several chance meetings we had a number of very interesting conversations. He and I come from different backgrounds and consequently over the course of our discussions we found much that we disagreed on, but on many issues I found that we had reached remarkably similar conclusions even from different premises. A little background about myself, I am currently a PhD student studying biomedical engineering. I currently study cancer and drug delivery but my undergraduate research focused largely on organic and renewable fuels, including a fuel cell that runs directly on simple sugars. After finishing my undergraduate degree I took an internship which led me to China to work on a project that Owen felt may be of some interest to the readers of this blog. 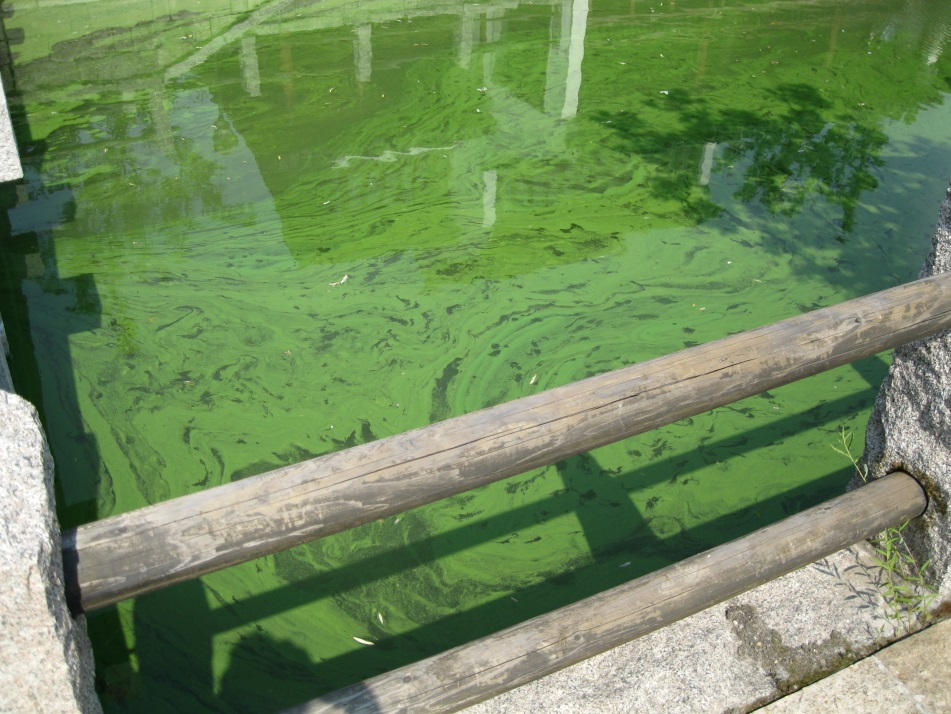 Figure 3: The water not so much.

It is no secret that China’s economy has been growing at an astounding rate. While that fact may make a lot of people here in the USA somewhat nervous, this growth has been hugely beneficial for the world economy and has substantially reduced global poverty greatly improving the lives of millions of people. Unfortunately this growth has come at a significant environmental cost, all of this growth means that hundreds of millions more people are seeking for an ever larger share of available natural resources. In energy consumption, China has been forced to scramble to generate enough power to keep an ever increasing number of light bulbs on. These efforts include the hugely disruptive Three Gorges Dam and an unprecedented growth in coal fired power plants. Almost unbridled growth and political corruption have resulted in numerous environmental catastrophes, among the most famous of which is the ongoing air quality crisis in Beijing. 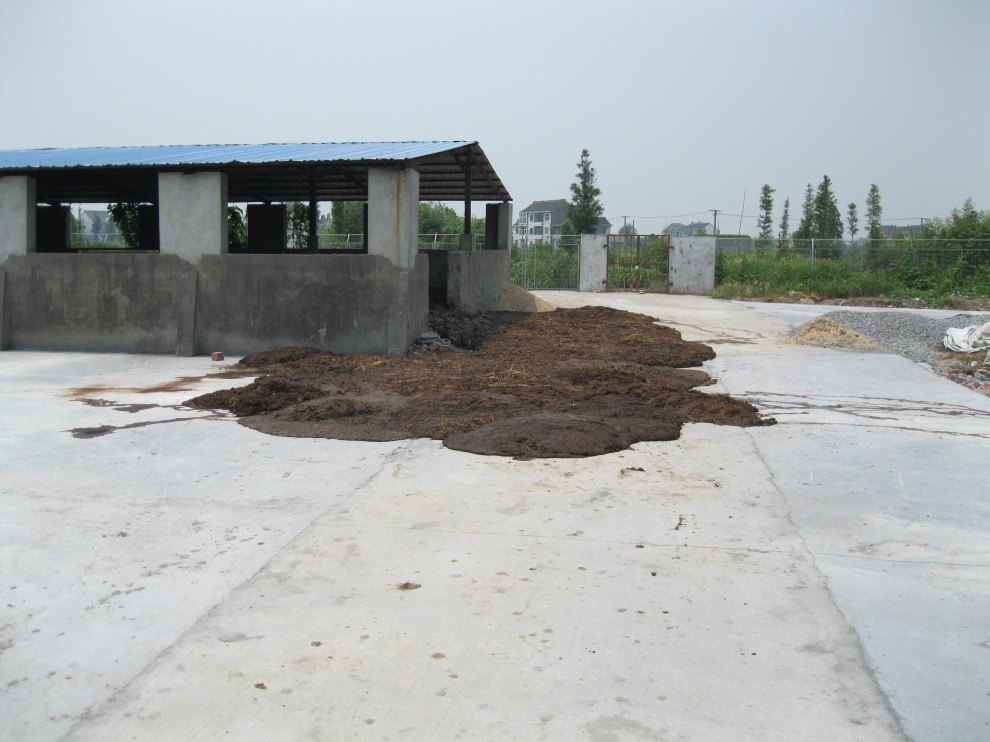 Figure 4: That is manure spilling out of that shed. I hope you brought boots.

China is still the most populous country in the world, and with all of these environmental problems many are concerned about how to feed a population of nearly 1.5 billion people in an increasingly desolate landscape. In the past, China has turned to ever more intensive agriculture to extract every grain of rice it could from its arable land with diminishing results. This style of intensive agriculture uses pure nitrates and phosphates (like what comes in plant food pouches) as fertilizers applied directly to the soil. When it rains, these fertilizers can leach out of the soil and run into the rivers and lakes, causing huge algae blooms which can starve these bodies of water. Using complex fertilizers can help solve this problem by better locking up the chemicals into organic compounds, but buying clean fertilizer is prohibitively expensive, and using manure can spread disease. Many of these farms have a dairy component so there is plenty of cow manure to be found but it needed to be cleaned before use in the fields.

Problems that are rooted this deeply and are this widespread often require broad-based and cooperative solutions. The Utah-Qinghai Eco-partnership, which sponsored my internship, is designed to provide just such solutions. My job with Shanghai Honde Environment, LLC was to help coordinate and Chinese and American engineers as well as with local business and government officials to build special reactors in Chinese farms that were capable of not only composting manure and other organic waste to improve agricultural and water quality outcomes, but also generate natural gas as a byproduct, thus helping to alleviate three of the major environmental issues facing the country (as well as many other high growth, low income nations) with a single technology. This technology, developed by Andigen Ag, called an induced bed reactor (IBR) works on a very simple concept. It is essentially a highly controlled composter into which waste can be continuously fed into the bottom, and clean compost and natural gas emerges from separate ports at the top. As with composting, all of the ingredients needed are already in the material, all that is needed are the right conditions. These conditions (temperature, pH, O2 content, etc.) are carefully controlled throughout the length of the reactor to ensure complete composting. I love technology because rather than trying to circumvent or overwhelm nature, we simply try to harness it, and in doing so we gain the best of both worlds, productive agriculture with a sustainable future.

Since I left this internship Honde and Andigen have successfully installed these reactors in several countries throughout Asia, with support from local governments and NGOs. I believe that such projects are the future of sustainable living on this planet. It combines the naturalistic philosophy that Owen teaches with a hi-tech philosophy toward problem solving to which I am inclined both by training and temperament. 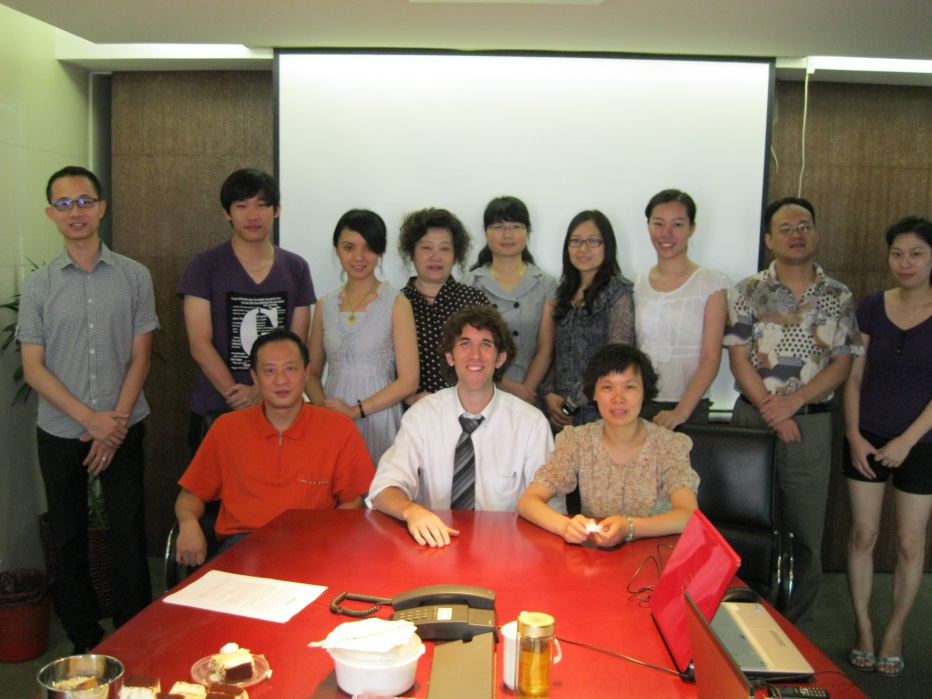 Figure 5: The wonderfully talented team of engineers I worked with in China.