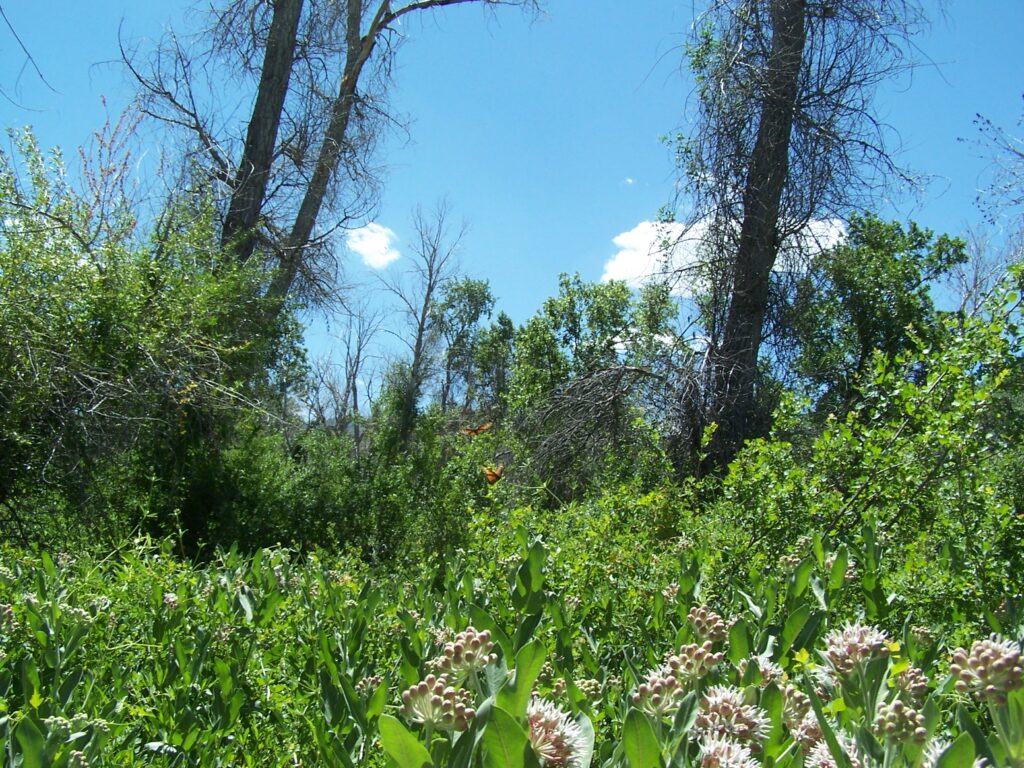 “Now hold On, Let’s Think About This.” A good boss once said those words to me. She meant for us all to stop and put our heads together to look closely at the details to maximize productiveness and effectiveness. Her example was excellent. The gist could have been to work smarter, not harder, and to consider all people and angles. It would be excellent if this were the case and the standard throughout America, and the globe for that matter. Unfortunately, it is not; thankfully, I have had many great bosses. This one’s words in their simplicity represent an area that I have tried to make a focal point throughout my life.

Some public health policies have been excellent examples of steps in the right direction. Others, not so much. The banning of smoking from restaurants and airports in the 90’s is one that you may recall. Just rewind for a minute back to the 80’s. You would walk into a restaurant and the host/hostess would ask: “Dinner for five? Smoking or non-smoking?”

Now, looking back as we reconsider the logic that question seems ridiculous; what, as though all people in the same room breathe different air??? Now considering the preponderance of evidence about the dangers of secondhand smoke, regarding this benchmark of progress thanks to public health we can now say “good call ref, good call. Way to stay out of the game ref.” That’s just what refs are supposed to do.

Now for most states there is an air quality standard that allows people to eat out, travel, attend a movie or any public event without having to jeopardize their health by continuously breathing secondhand smoke. This was not so in the 80’s.
Yet, there are designated areas for people who still smoke. People who smoke have rights too. The 90’s ban was a win-win situation where everyone got a piece of the fairness. I think it’s fair to say that few would back up to the way it was prior to the 90’s where the inhalation of smoke on a plane, train, in a restaurant or bowling alley was a given for everyone in the building.

There can also be too much of a good thing. Some believe and are trying to banish designated public smoking stations altogether. This is too far in my opinion. People who smoke have rights too. Outside in the fresh air and weather, away from main areas of traffic, I don’t believe that a person’s health who doesn’t smoke will be at risk when the occasional breeze carries the distant draft of outdoor smoke as they pass nearby.

Instead, it is my submission and hope that free will be restored, not further withdrawn. This will also get my vote. Smokers are people who also have the right to make a choice. The middle path, people meeting each other halfway, a little fairness for everyone if it reduces harm. I believe this philosophy is the ideal standpoint to begin the steps of necessary change.
How about looking at some other health policies that affect everyone in America. Genetically Modified Organisms (GMO’s) is one. Personally, I still don’t like to use them. I tend to dislike the unnatural, mass tinkering with the essentials (such as food; {yep that’s a biggie}). But here they are, and we apparently voted for it.

“Just add it to improve the food.”

Well shoot, with that logic many people in Utah are depressed and addicted to opioids, so let’s just add Prozac to the water just like fluoride was added in the early 2000’s. I’m saying this to make a point. Please don’t use the cerebral and finger calories to email me with the scientific evidence for or against fluoride, or GMO’s or Prozac for that matter. I’m asking us to reconsider the logic. What is the current logic? Majority rules? It certainly seems like it. What about the rest of us though? I think you’ll see that these blanket rules, proposed monoculture and only dichotomous options for the masses don’t work.

Reconsider the logic. Take the middle path. Avoid the extreme polarity. Reinstate freedom to choose. Let people choose and have some say in their world and their lives. Share the abundance and the power; distribute them more evenly. Remember and consider the earth as we do these things. I see these as reasonable requests.

Another benchmark was made to improve security, but ironically it was at the expense of our own privacy. This sounded good at first. After all, it’s fair for everyone to want safety and security. But now here we are. It has gone too far. It happened too fast before we knew the details. They count on this. That loaded gadget you carry with you can hear everything you say and watches everything you do. We’ve all experienced it-the relentless pop-up about something you were searching for or even discussing with a friend last week.

“Whoa dude…That’s weird.”
Yep, I second that. I don’t like it either.

Regarding privacy, you may realize that since you have nothing to hide, they have nothing to watch. You may want to consider online options that respect your privacy, security and encourage the continuation of freedom to choose-just the thing that America wanted when it was founded.

Here are some:
Duckduckgo, the search engine that won’t track you to search, and for privacy and security Proton email Secure Email Based in Switzerland

“Yeah, not so much ref; not so much. Whose side are you on anyway? Yeah, that’s the problem. As the ref you aren’t supposed to pick sides. You’re gum chewing is obnoxious too. C’mon!”

The flip side of this coin is that both heads and tails, (to act or not) bring results.
Government regulation is controversial and for many is probably a source of skepticism and distrust. This is a valid concern. Still, I think you will see that not all government regulation is bad and that some is even necessary. Remembering what a good call was the smoking regulation and ban in restaurants and public travel and that very few would go back to the 80’s there.

How about the air breathed while outside? Like many folks, I like to ride my bike, walk my dog and be outside too. If you are local here to Utah, you will know that the air is often measured “yellow.” Sadly, it is yellow more than “green.” While this is a combination of factors, (including Utah’s location, and the mountains, valley and high pressure) and not necessarily because Utahn’s drive that much more than the rest of the U.S. The funds and technology exist to reduce air pollution. I wish it were made a higher priority. There should be financial incentives for it, and to give credit where credit is due, I hear that there are now incentives that encourage hybrid, natural gas and electric cars in Utah. Consider small engines such as lawn mowers, and the requirement that a catalytic converter be placed on them to reduce emissions. It is a small and easy step with little hassle that everyone doing it would make a difference.

The little things do add up to making a big difference; but the truth is, many people don’t care and don’t want to be bothered with these small things that done (or not) in mass quantity adds up to affecting all of us, especially if it is made a requirement.

What, were we (humanity) going to regulate ourselves? Well, sure, there is always hope, and true, there is always a bright side, but that too is a scary proposition with the current state of things. HIstorically how has that worked for us? I agree and have hope that that is a possibility for the future, but right now, greed (whether individual, corporate or industry) still carries the day and destroys the earth. This is exactly why I have referred to greed as a disease throughout my writings. It is a disease because it is fear-based, and it is never satisfied. It always demands more, bigger, better and it is always highly competitive by default. So now here we are, seeing the reasons for government regulation being controversial.

Here’s to the air that you breathe too: Let’s make it cleaner. Many hands make light work and if we were all to pitch in some, there would be less need for government regulation. At the time of this writing: The air is horrendously bad due to several wildfires burning. That also is another topic for another time.

Regarding reducing emissions we’ve all heard them before:

*Don’t idle your car at the drive-thru, or while parked, etc. (It’s the air you breathe also and you like to be outside too).

*Eat less meat. This is an interesting one because I recently heard that Kamala Harris, during the Democratic convention stated that our food choices need to change to save the planet. This is bold and telling to hear a presidential candidate say just what plant-based advocates have been saying for years, even decades. In it, is part of the problematic cycle. Government hasn’t been specific or proactive about “changing food choices to save the planet.” That’s left up to people and industry. Each have free reign and little accountability.

I’m all about live and let live and I dislike force, exclusion, and elitism. I also dislike greed to the point of it being at the expense of everyone and everything else and the destruction of the planet. This is the dilemma. Reinstate freedom to choose for all people, encourage the health of humans and the earth, preserve earth’s resources, share the abundance and the power and yet, keep greed in check. It is a daunting task indeed. Here we only discussed air, smoking and meat, not to mention infectious diseases, which is another topic for another day since we have been dealing with an ongoing example of it for months now.

The modern world is complicated. With knowledge, progress and growth come the continuation of further challenges. Usually our knowledge surpasses our understanding. You can’t do just one thing. Diversity is one of the keys, one of the answers. Some government regulation (if the ref can regulate and stay out of the games) is also necessary, at least for now.

In the meantime, here’s to healthy people and planet and the air (both indoor and outdoor) that you breathe too. I hope to see some more good calls from the ref.

Thank you for reading and studying the world for yourself,

You can order my memoir here: The Wellness Diaries